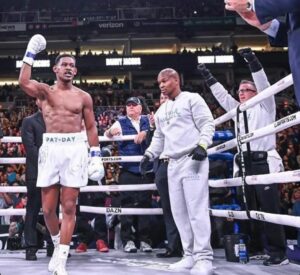 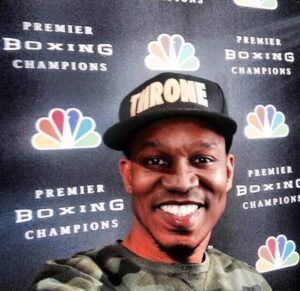 “One coach told me one time, and I think he was definitely right, every boxing coach has to be some type of psychologist also. You’re with the fighter all day, every day. A manager may make a call here or there, but you are constantly with that fighter. You learn all of their habits, good and bad, and you gotta get them to trust you and to trust themselves. The more they trust you, that will allow you to teach them a little more…I know boxing, and I’m not saying it like I know everything about boxing because I don’t, but that’s what I do because I’m a student of boxing and I teach these guys what to do. Sometimes they ask me questions because there are certain things that you can do and certain things that you can’t do. You can never lead with a hook and turn your foot in a MMA fight. If you turn your foot, you are exposing yourself for a guy to kick your legs. They are gonna use that as a counter. It’s the same in boxing as well; it’s tough to get away with leading with the hook. It’s just different little things,” stated boxing/MMA trainer Fareed Samad, who works with world-class mixed martial artists like King Mo Lawal, James McSweeney and Todd Duffee. Check out what else he had to say as he talks more about the differences in training boxers and mixed martial artists.

The Supreme Court is hearing the case Monday of a Christian graphic artist who objects to designing wedding websites for gay couples, a dispute that’s…