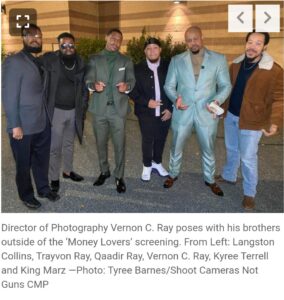 On Thursday night, The Philadelphia based Focused Studios held a premiere for their latest film “Money Lovers” at the Regal UA King of Prussia followed by a Q & A session with the cast and crew.

The film was shot in two weeks in and around Philadelphia

The Supreme Court is hearing the case Monday of a Christian graphic artist who objects to designing wedding websites for gay couples, a dispute that’s…