In the latest instalment of a new series delving into the work of those behind-the-scenes figures in the Formula 1 paddock, Bell helmets racing manager Michael Aumento explains his role

While it’s the drivers that inevitably get the glory for a success on grand prix Sundays – and often for good reason – they are only the most public-facing employees of the team they represent. 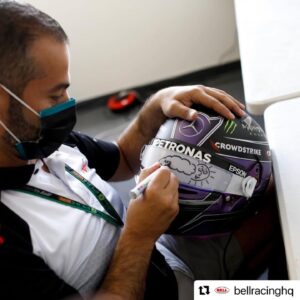 From engineers to driver managers to sponsorship executives, there are many constituent pieces that make up a successful team, and its their often unseen work that connects the dots.

Analucia Beltran (Lucy Beltran) is a TV Host, GIA Certified Diamond Expert and Jewelry Designer with over 12 years of International experience in the Luxury…

Britain may intentionally infect volunteers; kids won’t be vaccinated for awhile Help could be on the way. The United Kingdom is considering a plan to…

When a United States guided missile destroyer sailed through the Taiwan Strait on Sunday, it marked the second such transit in less than two weeks…

1. Where did you grow up? Ans- I grew up in Dagenham, which is not a very aspirational town. There are high levels of unemployment,…

The sanctions were used to target those undermining Hong Kong’s autonomy, said Treasury Secretary Steven Mnuchin. “The United States stands with the people of Hong…

What Are You Made Of?  How One Entrepreneur Achieved Success No one finds success in life without overcoming obstacles. For Mike “C-Roc” Ciorrocco,building a successful…

In response to the escalating coronavirus pandemic, ESA has decided to further reduce on-site personnel at its mission control center in Darmstadt, Germany. The new adjustments require…