Miss El Salvadore’s costume caught the attention of the online Bitcoin community, with many pledging their support and rooting for her victory.

A Miss Universe contestant from El Salvador strutted onto stage this week wearing a bitcoin-inspired gold bodysuit, a glittering tribute to her country becoming the world’s first to adopt the crypto-currency as legal tender two years ago.

Alejandra Guajardo, the Salvadoran beauty queen set to compete at the global contest’s 71st annual event in New Orleans, shared photos and videos of herself in the costume on Instagram late Wednesday, complete with gold booted stilettos.In her post’s caption, Guajardo praised her homeland as “a country with a true vision of positive change for the future” while pointing to the government’s much-criticized decision to adopt bitcoin as legal currency in 2021 alongside the US dollar.Designed by fellow Salvadoran Francisco Guerrero for the “national costume” stage of the competition, the currency-themed outfit includes a staff topped with a golden bitcoin and a huge colon coin strapped to her back ringed by cacao beans.

The colon was the local currency for about a century ending in 2021, when the US dollar was adopted; in ancient times cacao was used as money across mesoamerica.

Guajardo showed off the eye-catching fashion during a preliminary session ahead of the pageant’s formal start this Saturday. 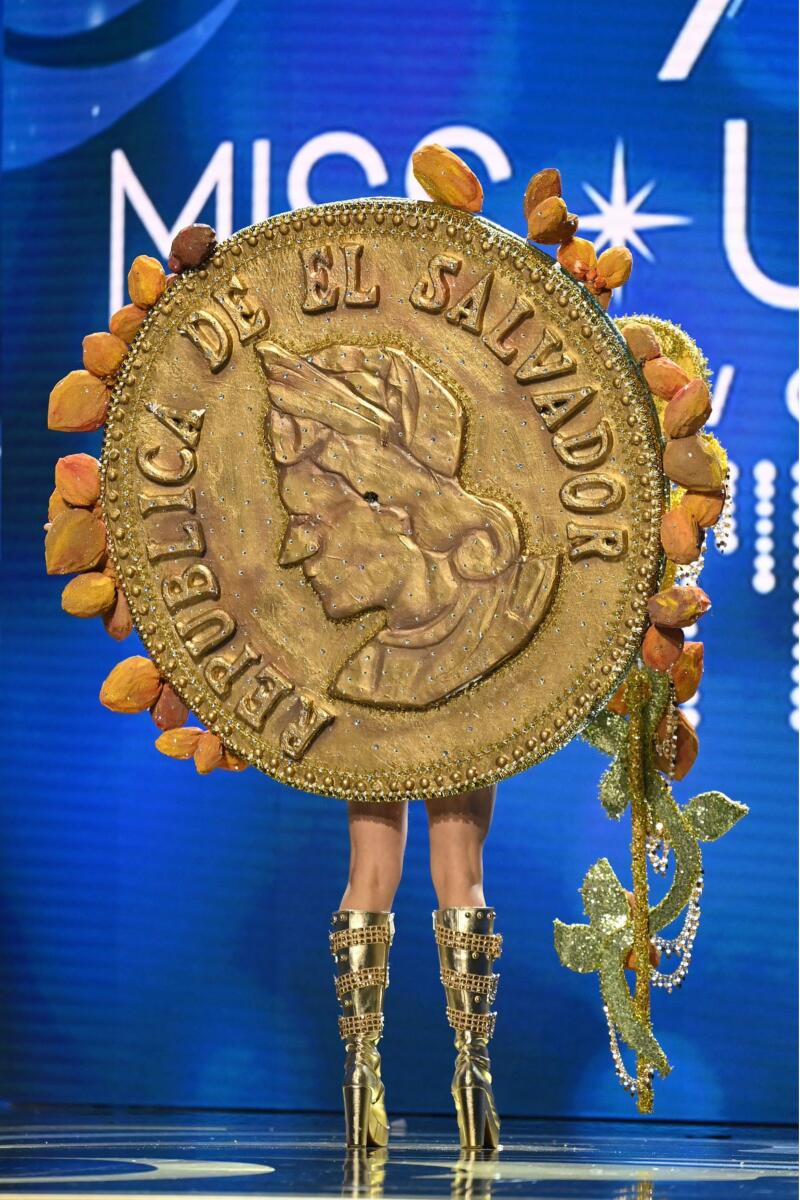 Guajardo’s costume caught the attention of the online Bitcoin community on Thursday, with many pledging their support and rooting for her victory.

To have a chance in the pageant, she must fare much better than bitcoin’s recent performance.

Last year, bitcoin’s value plunged over 60 per cent, even as Salvadoran President Nayib Bukele continued to hype buying “the dip” to boost the government’s bitcoin reserves.

Bukele has made no secret of his ambition to make the Central American nation a crypto hub, complete with a bitcoin “city,” though adoption of the coin has faltered since being introduced as an official currency.