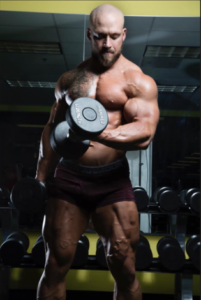 I started my fitness journey when I was 15 years old. I was skinny fat – 21.2% body fat and 160 pounds at 5’10”. I absolutely hated where I was, I wouldn’t even take my shirt off to go swimming. I tried every type of exercise class with no results, because they missed a portion of the puzzle – nutrition.

I began seriously studying nutrition, exercise, diet and bodybuilding. Knowledge is power and I refused to remain ignorant about my health any longer. With my newfound knowledge, I shaved my body fat down to 6.1% within six months. I was now about 150 pounds but had insufficient muscle mass. It was time for muscle gains. Again, I began expanding my knowledge and experimented with numerous training philosophies and diet approaches. Slowly but surely I had a physique I was proud of.

I became a personal trainer in 2008 for a large “box gym.” I became a leading trainer for the company and was highly in demand with clients from the area. I quickly realized I would be better able to serve my clients and support their goals without the restrictions and limiting philosophy of a corporate “big box” gym. 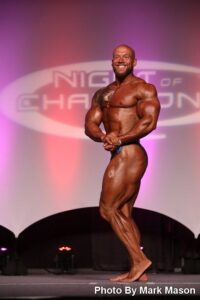 Fast forward to today, I currently train clients out of Battle Ground Fitness along with online coaching. I train all body types, every fitness level and any goal – losing weight, achieving better health, putting on a little mass, competition prep, bodybuilding or just increasing overall fitness. I prefer a “lead from the front” approach with my coaching, so keeping up on current ideas and philosophies is something I always strive to do. Take a look at some of our success stories to see what our clients have to say.

I’ve personally competed in bodybuilding since 2010 – I’ve won the Bodybuilding Overall as a Heavyweight at 2013 Seven Feathers, 2015 Pacific Coast Cup, and even the 2015 Emerald Cup. I have been voted “Top Fitness Trainer” by The Columbian Newspaper and I’m on the featured athletes page of NPC Oregon.

The FBI revealed on Thursday it had secretly hacked and disrupted a prolific ransomware gang called Hive, a maneuver that allowed the bureau to thwart…