Cody Concepcion alias Cody Padrino was born and raised in New York City. He is of mixed background; Puerto Rican and European. He was raised in faith by his two loving parents and attended Catholic school.

Cody is formerly incarcerated and learned many lessons from his experience there. While he was away he focused on fitness, returned to his faithful roots and began mentoring youth. He would speak to them and motivate them to attend educational programs and go back to school so they can better themselves when they were released. For Cody, it was about redemption and living a better life. During his time away, he learned not to take life for granted. He is focused on working out and living a healthy lifestyle.
Currently, Cody resides in Los Angeles, California and continues to practice the life lessons he has learned along the way. He has made a name for himself as a fitness guru and personal trainer. He continues to mentor and advise any and all youth he encounters. His mantras are health is wealth, invest in yourself and always do your best. 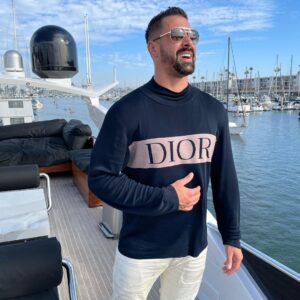